As the technology of phones rapidly increases year on year, people are commonly turning to them for professional video production purposes. Here’s why they should be avoided:

As covered in other video blogs, I believe audio carries equal importance to the pictures in film and video production. Unless you record sound separately to an external sound device, a phone’s microphone is simply not good enough.

For static interviews, you can fix or lock-off the phone on the video subject. For any movement you’ll need a gimbal to provide stability. A phone is frankly too small and unergonomic be worthy of professional hand-held filming and video production.

Despite being capable of 4K filming, phones have very small camera sensors. This means they have very limited dynamic range. So if you want to tweak anything in the edit – like the colour grade – it will massively reduce the image quality, hindering the impact of the video.

Recording video on your phone will drain your battery super-quick, plus 4K shooting will eat up the memory fast. Also, phones are not really designed to capture video for long periods so can be liable to overheating – causing frame drop-out or complete failure. 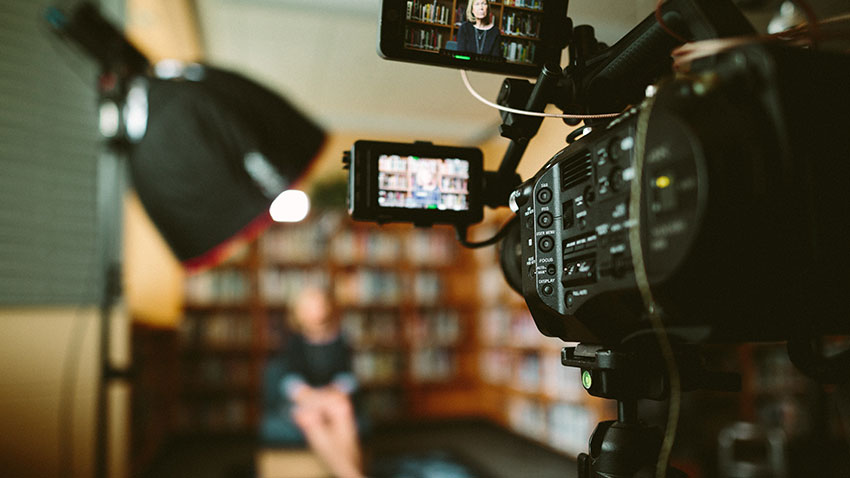 No one REALLY likes the thought of sitting down, talking in front of a camera. Even the well trained get nervous. So how do you get the best from a video interview?